A single volcanic eruption caused one of the planet’s most devastating mass extinctions, scientists discover 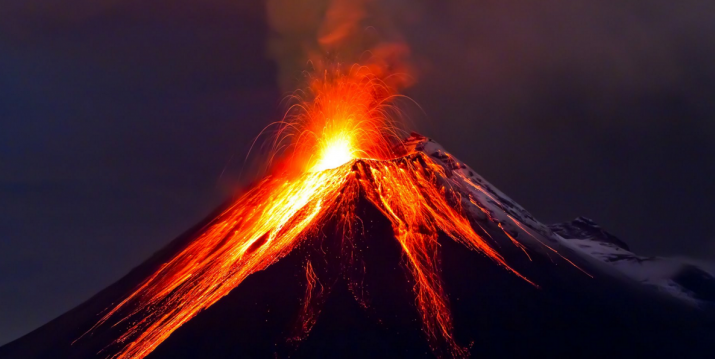 Geologists now believe that a massive volcanic eruption was the cause of the late Ordovician mass extinction. This is the second recorded biodiversity depletion out of five that scientists have recorded. Previous research has shown that an asteroid impact caused the fifth mass extinction, whereas the third and fourth mass extinctions were brought about by volcanic activity. Scientists have remained uncertain as to the triggers of the first and second depletions until now.

Researchers at the Tohoku University noted that around 80 percent of the world’s species died at the end of the Ordovician period nearly 440 million years ago. The biological profile of the species during this time was mostly marine, with animals such as corals, sea scorpions, orthoceras, jawless fishes, and the like. The Ordovician period is assumed to be the age in which sea animals were slowly transitioning towards land adaptation. The death of small marine organisms supposedly led to the evolution of land vertebrates.

The gap that exists in-between this transition has never been extensively studied. However, this new research may shine a light on why and how the change occurred. The scientists analyzed sedimentary rock samples from two areas, Wangjiawan in south China and Monitor Range in Nevada, in the United States, and measured their mercury (Hg) levels. The researchers wrote in their published study on Geology, “we found Hg enrichments coinciding with the Ordovician mass extinction in both areas. This, we believe, is the product of large volcanic eruptions because Hg anomaly was also observed in other large igneous province volcanisms.”

They further added: “Huge volcanic eruptions can produce sulfate aerosols in the stratosphere. Sulfate aerosols are strong, light-reflecting aerosols, and cause global cooling. This rapid climate change is believed to be behind the loss of marine creatures.”

On the verge of the sixth mass extinction

Scores of geologists believe that we are currently witnessing and experiencing the sixth mass extinction on Earth. Current estimates say that we are losing species at a rate that is 1,000 to 100,000 times faster than what can be defined as “normal” or “natural.” At this rate, they estimate that 30 to 50 percent of all the world’s species could be extinct by 2050. However, unlike previous mass extinction events, this biodiversity crisis would be entirely manufactured by us. Scientists believe that 99 percent of the threatened species are caused by human manipulation. Loss of habitat, along with unregulated hunting, has prompted an unstoppable chain of events.

Of the various groups at risk of dying out, geologists say that amphibians are the most vulnerable. They gauge that the current amphibian extinction rate ranges from 25,039 to 45,474 times normal rates.

This epoch is labelled as the Holocene or anthropocene extinction.