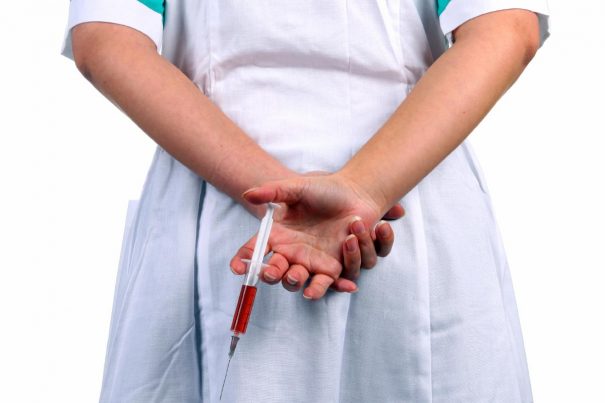 The concept of a state imposing “mandatory” anything upon its people should seem atrocious to most freedom-loving Americans — but the proliferation of “mandatory vaccination” bills across the United States is particularly chilling.

Vaccines are often purported as harmless inoculations that protect us from disease, but the reality is that many vaccines do cause harm to their recipients. For example, recent research has shown that children who are vaccinated are up to 700 percent more likely to develop a neurodevelopmental disorder, such as an autism spectrum disorder, attention deficit hyperactivity disorder or learning disabilities.  And yet, we’re supposed to believe the government when they say that vaccines are completely safe? (RELATED: Learn more about the harmful effects of immunizations at Vaccines.news)

The questioning of conventional wisdom on vaccines has led to fewer people getting themselves and their children vaccinated. This, in turn, appears to have prompted state legislators across the country to spring into action by trying to deny citizens the right to object to participating in these injections.

Recently, the state of Pennsylvania introduced SB217,  a bill that would eliminate parental and child rights to refuse vaccination. Natural Blaze reports:

(e) Notwithstanding any rule or regulation to the contrary, a strong moral or ethical conviction similar to a religious belief may not qualify as an exemption from the immunization requirements of this section.

Should the bill pass, it will take effect within just 60 days.

Four senators, Democrat Daylin Leach, Democrat Lawrence D Farnese, Democrat Sharif Street and Republican Bob Mensch, joined forces to introduce the bill, which would strip Pennsylvanians of their right to say no to a vaccine that they believe will harm their child. The bill echoes the sentiments of California’s SB277 — and unfortunately, Pennsylvania is not the only state to follow in The Golden State’s draconian footsteps.

Recently, the National Vaccine Information Center’s (NVIC) advocacy team reported that they were tracking 134 bills related to vaccination that had been introduced in 35 states. While several of these bills plan to actually increase health freedom, the overwhelming majority of them are aiming to restrict freedom and crack down on vaccine exemptions.

As Jeffrey Jaxen of Green Med Info explains, there are many issues beyond health freedom at stake. With the rise of legislation to mandate and enforce compliance with current vaccine guidelines, there is also likely to be an increase in persecution of those who do not comply. Some states have introduced bills that will expand vaccine tracking, or eliminate consent for vaccine tracking. Others have created “school shaming” bills which will require public disclosure of school vaccination and exemption rates. Nevada has even taken this one step further by introducing a bill that would allow parents to find out if any students that are not vaccinated are attending their school.

How long will it be before unvaccinated children are required to wear name tags?

The rapid appearance of these pro-vaccination bills is nothing more than the government’s latest phase to ensure adherence to their vaccine guidelines. First, they told us to vaccinate to prevent disease — and when that wasn’t working so well anymore, they switched over to telling the masses it was their civic duty to get vaccinated, regardless of the cost. This “greater good” message hasn’t created the paradigm shift that was hoped for, and now they are turning to legislation to get their desired outcomes.