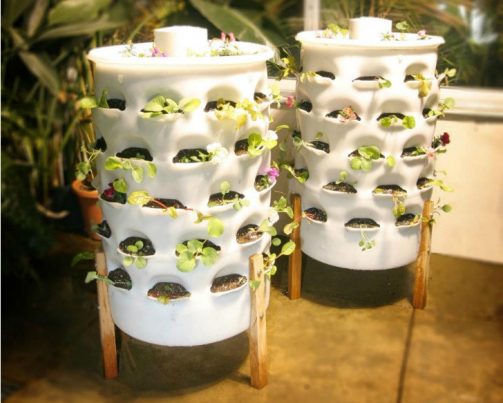 Due to heavy flooding, heavy frosts, and untimely snow events, the most valuable “food basket” regions of Spain have lost significant portions of their most important crops. Fruit and vegetable production has plummeted in Spain and Italy. The effect is being felt throughout Europe. Supermarkets throughout Europe are now rationing produce, limiting the amount of vegetables consumers can purchase. Britain, which imports over 25 percent of its produce from Spain, has been stricken the most. For the first time in years, Italy imported more produce than they exported.

Europe’s fruit and vegetable supply is heavily dependent on the growing success of the Mediterranean region of southeastern Spain. This region supplies approximately 30 percent of Europe’s produce supply during the summer months and 50 percent during the winter months. Specifically, the Murcia region supplies up to 80 percent of the produce in Europe’s supermarkets during the winter. This year, half of Murcia’s lettuce has been destroyed by unpredictable weather.

Spain hasn’t seen this kind of heavy rains, snow, and ice since the 1980s. Back then, European lifestyle was more self sufficient. As modern technology and large scale farming has expanded, self sufficiency has deteriorated. Europe is more dependent on concise “food basket” regions and supermarket shelf distribution than ever before.

This string of weather events has crippled the region. It started with flooding then climaxed with a hard freeze. The extreme frost left many crops under ice. When it all thawed, farmers were unable to clean what they had and replant.

Official sources are quick to sound the alarm over the threat of climate change. This generalization only spreads fear and pushes populations toward dependence on government plans and global actions that will only cause more shortages, long lines, and dependence in the long run. The truth is: it’s up to the individual to act and make preparations. (RELATED: Learn more about survival strategies at Survival.News)

There are ways to adapt growing systems to changes in weather. There are ways to prepare and store food. The squirrel’s stealthy food storage habits preceding winter are a great behavioral example that humans should follow. Climate changes have disrupted agriculture for thousands of years. Famines have been recorded since Biblical times. Solutions that empower individuals, like growing your own food, such as with a Garden Tower or the Health Ranger’s mini farm grow boxes, are excellent ways to grow clean produce at home to survive any type of crisis. Sprouting is another way to keep food growing year round. If growing food isn’t a good option, why not store clean food in case of an emergency?

As rationing hits supermarket shelves in Europe, these self sufficient grow systems and clean storeable food options can provide energy abundance and nutrition for anyone, during any crisis, right in their own home. This is how to live healthy and be independent no matter what strikes. (RELATED: Learn how to be more self sufficient at Homesteading.News)